Home › celebration › ﻿A Voice to Carry (A Mara Prose Poem)

﻿A Voice to Carry (A Mara Prose Poem) 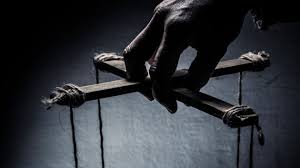 He tried to smother her spirit, because he was afraid her voice would carry
He wanted to own her, so he asked her to marry
He thought I’ll manipulate her, convince her my way is the only way
And assert his mental control

And in her love, she followed, losing her mind and soul

His love was a projection, an expectation, that only went in one direction
She was rewarded if she complied but made to feel guilty if she denied
It wasn’t all bitter, there were certainly plenty of happy times

But her voice longed to carry, leading to their demise

He set out to crush her ego, to leave her nowhere to go
For many years, she laid dormant, conforming to his dreams
And for many years, her spirit continually screamed

It wanted to be released, respected, and to see a renewal of self esteem

There were many a day that were draining, in training for his ideals
His life was her life, his wants her wants, his direction, her direction
But her voice wanted to carry, but it wanted to carry without correction
Yet this did not fit the mold
So she began to feel hollow, to wallow and eventually unfold

For the future, for the past, they tried to make it last

His tunnel vision, lead to her decision, to open the door to freedom
The freedom to be whole, to bring back the freedom he stole
She was viewed as a destroyer; spoiled and ungrateful
He resented her resistance, he resented her voice and its reappearance

It was a threat and made him feel disdainful

Life with him was one big ultimatum,  but she finally refused to take them
She began to make new demands, commands and walk across new lands
Insecurity became the measure that obliterated their treasure
She discovered the life he had planned, was of one from which she ran

Because as a young girl, her mother had made similar demands

If his love had been unconditional, then their love would have been positioned
For longevity, for perseverance, and would still be in existence

But her voice longed to carry

Like Loading...
‹ The Job Syndrome…Trials, Tribulations & Testimony
A Man for All Seasons (A Mara Prose Dedication Poem) › 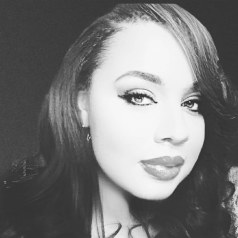 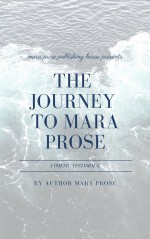 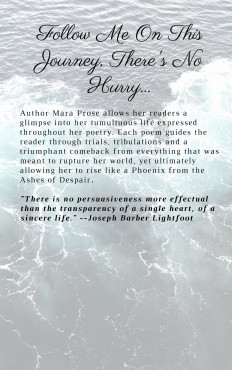