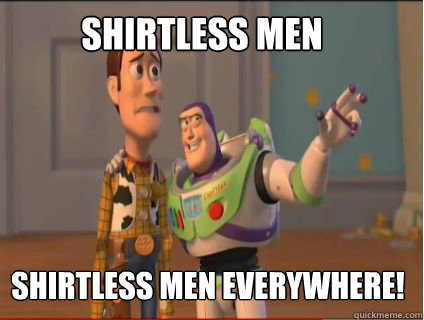 Today’s tale happened back in college for my family member.  Loving our dating tales segment, she felt this would be a good tale to share with my Prosers.  Enjoy!

Back in college, Mia met a nice guy from the Kappa fraternity at a step show she was attending with a group of friends.  He was extremely attractive and had dynamic conversation, she was smitten from the start.  It just so happened that he also lived in her college town, so they agreed to keep in touch and meet up when they both returned home.

Damon called her immediately when she returned and Mia was very impressed with how interested he seemed to be with her.  He told her he was a great cook and would like to have her over for dinner, so they agreed to a first date.  Mia was very excited and she counted down the days until they met again.  She made sure everything was just perfect –  that she looked perfect, smelled perfect and that she wore the perfect outfit.

Damon’s apartment was very nice and well decorated.  He was a true gentlemen and treated Mia with the utmost respect.  He offered Mia some wine, pulled out her chair for her at the dinner table and proceeded to serve a four course meal.  Mia was blown away!  She didn’t know college men could be like this and she was already starting to daydream about a possible future with him.

After their first date, Mia and Damon began to spend a lot of time together.  Mia liked the way he remained respectful; he was never too pushy or overbearing.  They had easy conversation and liked to do a lot of the same activities.  Mia felt like she could really fall for this guy.

But alas, it wasn’t long before she started to see some cracks in Damon’s armor.  While Mia was glad that Damon respected her, she was a little taken aback at the lack of intimacy.  Sure, he held her hand, politely kissed her on the lips after each date but that was as far as it went.  So Mia decided to take matters into her own hands and call Damon for what we now deem as a Netflix and chill rendezvous.

Damon welcomed her over and told her he would throw something together for dinner.  Mia knew this was the night that would change their relationship status to serious.  She once again perfected her look and worked to calm her nerves.  She purposely arrived a little early because she wanted to have a glass of wine.  She needed something to calm the butterflies in her stomach.

Damon opened the door, dressed impeccably as usual and gave her his usual perfunctory kiss on the lips.  As Mia walked to the living room, she was shocked to find a shirtless man sitting on the couch.  Damon had not mentioned company and he had never mentioned having a roommate before.  Damon made the introductions and then left to get Mia a glass of wine.  Mia struck up a polite conversation with who she assigned the nickname of ‘shirtless intruder’ and tried to flesh out who he was and why was he there.

Just as Mia was really starting to get suspicious of this entire scenario, Damon returned with her glass of wine.  They start chatting and Mia began to relax just a little, until the shirtless intruder got up and started massaging Damon’s shoulders.  Mia went speechless.  She simply didn’t know what to say or do at that point, especially with Damon acting like it is the most normal thing in the world to be massaged by another man in front of the woman he is supposedly pursuing.

Damon picked up on the confused vibe coming from Mia and quickly explained that the shirtless intruder was a chiropractor.  Mia didn’t care what his profession was, this situation was uncomfortable and uncalled for.  As Mia was trying to piece together all her confusion, Damon started moaning and made a flimsy excuse that he needed to speak privately with the shirtless intruder and would be right back.

Mia watched in stunned silence as they went to the bedroom and shut the door.  All Mia could do was laugh to herself and shake her head.  She sat back, finished her wine and went to go take a plate of food; which she felt she at least deserved.  She left Damon a polite note of thanks and left his apartment.  She never heard from him again.