So many of my followers have asked for another dating series story.  Here is one from one of my good friends, bless his heart.  Enjoy!

After five wonderful, romantic dates, Richard felt this was finally the night that he and Bianca would take their relationship to the next level.  He was really enjoying their friendship.  Richard loved how classy and elegant she was and felt lucky to have found her.

They initially met in a political group chat group Richard liked to participate in and found themselves in a heated debate about the upcoming election.  Richard started to return night after night searching for her screen name to initiate different debates with her.  She was intelligent and witty; just his cup of tea.  After several weeks, he finally asked for her name and was surprised to not only receive her name but her phone number as well.

Bianca told him she was recently divorced and a mother of a 24-year-old son.  Their relationship quickly evolved to meeting for coffee.  Bianca had a quirky personality that Richard enjoyed and after a month of coffee dates, he was ready for an official date.  It almost felt too good to be true.

This brings us to date numero 5.  Richard decided to surprise Bianca by celebrating their three months of dating at the upscale restaurant where her son worked as a manager.  He noticed that Bianca was a little distracted and unusually quiet when he picked her up but he didn’t pay it much mind.  When they pulled up to the restaurant, he thought she would be ecstatic but she simply smiled and thanked him for a wonderful surprise.  Richard became a little concerned but he decided to save his concern for later.

Unfortunately, the date immediately went south.  Bianca became convinced that the man at the next table was eyeing her cleavage.

Richard glanced at the man but from what he could tell, the man wasn’t paying any attention to Bianca.  However, she persisted in her claims so he asked for them to be seated at a different table.  Once there, she felt like the wait staff was too slow in bringing her a fresh water despite having barely touched the glass of water she held in her hand.  She began to demand to speak to the manager and even stood up to yell at the confused waiter.

Richard began to panic.  He had never seen Bianca like this and was at a loss as to what to do.  He was relieved to see her son making his way through the crowd, just as Bianca took a swing at a waitress  Richard attempted to restrain her and was rewarded with a punch to the nose.  “Get her out of here!” Bianca’s son screamed at him as Richard tried to contain the blood rushing from his nose.  “And take her where?” Richard squawked, sounding like a wounded animal.  “Anywhere but here!  I hate when she gets like this!” the son yelled at him. 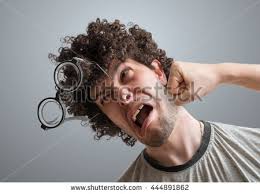 Wait, what?  This has happened before?  And from the sound of it, quite regularly.  What the hell had he got himself into with this woman?  Between the two of them, Richard and the son managed to drag her, literally, kicking and screaming out of the restaurant.  One of the valet’s rushed up to Bianca’s son and said “oh no man, not again?”.  Bianca proceeded to suddenly leap for the poor valet, screeching “you betrayed my son, you freaking moron!  you nobody!  you are beneath us!”.  The poor valet was scratched across the face before they could once again restrain her. 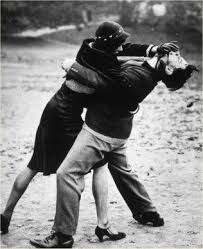 It was at that point, the police arrived just as Richard’s car was being pulled up by another valet.  Richard exhaled a sigh of relief.  With the police there, he could let them handle the situation and get the hell out of dodge.  He watched as the son swiftly went to pull aside one of the policemen and quietly converse with him.  Richard wished he would hurry up, restraining Bianca was starting to become painful.  It was like trying to hold on and tame a wild alley cat.

Then to Richard’s amazement, shock and disappointment, the cops left.  They took a moment to just look at him, shake their heads and then jumped into their car and drove the heck off!  They actually left the  scene!!  Richard was incredulous.  Now what was he supposed to do?  “Richard, I need your keys” her son demanded.  “What, why?  No way? ” Richard stammered.  “Give me the damn keys man, we have to get her out of here and you are going to need to hold her while I drive her home” the son instructed.  Richard was speechless but it was Bianca’s escape from his grip and taking a stick to his car that made him hand over his keys without further question.

Initially, they put Bianca in the front passenger seat with Richard restraining her from the rear.  This failed because Bianca kept trying to jump out of the car.  After quickly pulling over and making a few rearrangements, Richard found himself practically sitting on Bianca in the backseat to keep her from hurting herself.

Never before had Richard been so happy to see his date’s house.  Usually it was because he was anticipating the night ahead but this time, he wanted to rid himself of this crazed woman and her bratty son!  And that is exactly what he did.  He left it to the son to wrestle his mother into the house and he refused to wait around to see the results.

Shortly after arriving home, he received a call from Bianca.  Knowing curiosity killed the cat, he still answered.  “Did you put something in my drink?” she screamed through the phone.  Richard hung up.  The woman was nuts!  He blocked her number and blocked her on their group chat.

Two months later, Richard discovered Bianca was married to a well known multi-millionaire.  He stumbled across this knowledge after seeing Bianca and her husband on the news donating a healthy sum of money to a local museum.  She then had the audacity to write him a letter.  In it, she explained that she had been taking new antidepressants due to her divorce and really wanted to resume their friendship.  Richard promptly tore up the note and swore off dating for the next several months.