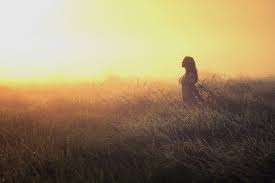 Picture courtesy of The Miracle Forest

Last Friday was the 3rd anniversary of my father’s death.  Every year since he passed, has brought about the same pattern for me.  Generally, once Thanksgiving hits, I fall into a state of depression.  I dread the holidays, my heart feels broken and I really don’t want to deal with all the joviality.

This year was surprisingly different.  I actually forgot about the anniversary of his death.  Does that mean I wasn’t thinking about him?  Far from it; I think about him daily.  The difference is, now my thoughts of my father surround fond memories and wanting him here to witness all the changes in my life.  I want him here to see firsthand how well his grandbabies are growing up.  In the past, the despair of his loss consumed me and that was all there was to it.

The reminder about the dreaded December 16th came from a Facebook memory.  It shocked me because I could not believe that I did not realize the importance of that day earlier.  I was amazed that I had not felt the need to administer the daily tributes I generally start towards the end of the year.

I am not going to lie, it bothered me.  I mean it really, really bothered me.  So much so, I took the day off from everything just to reflect and come to an understanding about it all.  What in the world lead me to completely space out a day that has been such an impactful time for me?

It is really very simple, I am at peace.  I am in such a good place right now, that I have simply been enjoying this nirvana.  What originally hit me as a betrayal to his memory, turned into the realization that actually he is still with me everyday.  I carry his values, part of his personality and his Godly spirit with me each day.  He never actually left me, he’s just waiting for me on the other side.

Saturday, I cried after another Facebook memory showed how devastated I was at his untimely death.  But they weren’t tears of sorrow, as much as they were a combination of sorrow, pain, grief, happiness and FINALLY acceptance.  I know he would be so proud of how far I have come, despite me having so much farther to go.

Until next time, embrace the highs, the lows and all the in betweens.