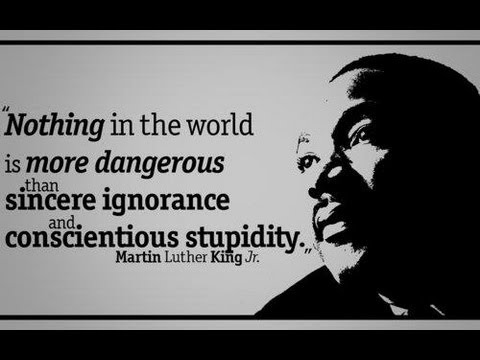 I am so glad I created this day where I can just be frank and not care if I offend.  I had the most ignorant, annoying conversation earlier this week with someone so painfully closed minded, it made my head hurt!

He is a black male from Louisiana and I had to endure a conversation of stereotypes, idolization and lack of any cultural understanding.  So let’s begin with the first offense, shall we.

This is not about being black or white, this is about ignorance in its rawest form.  This is about people who are too lazy to read, learn and get to know how other people truly live.  This is about someone who walks around in hypocrisy but attempts to speak as if they are intelligent, yet sorely lacking in any kind of intelligence.  This is about what is holding us back as a nation.  Incorrect judgments about the way someone lives and how they conduct their lives is the cause of so much turmoil in this world.  This is about not accepting differences and I am so very sick of small minded individuals like the person I am speaking of who make it hard for us to progress.

This is why I have asked my new friend, Joseph Hare, to be my guest blogger for Monday.  I want him to expound on this topic of frustration for me.  I know you will enjoy his post, so please tune in to Mara Prose Monday to check it out.

Today’s Message:  WAKE UP AND HELP TO WAKE UP OTHERS!

One response to “Friday Frankness: WAKE UP!”